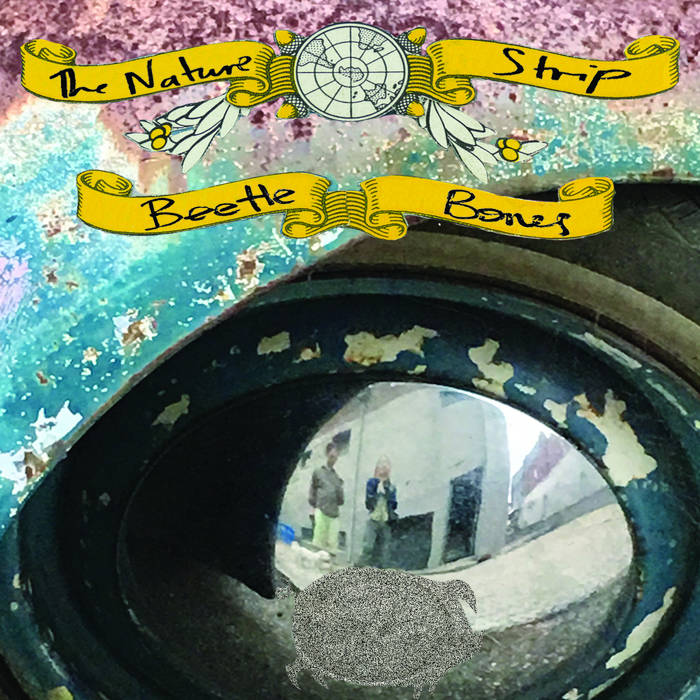 Beetle Bones is the culmination of nearly ten years of pop and roll exploration and the third full-length album from Sydney’s The Nature Strip. Their sound might be best summed up as a collision between 1960s guitar jangle on the cusp of psychedelia and the concise, assertive, and sometimes experimental pop statements of new wave and post-punk.

Beetle Bones is also the first of the group’s albums where there’s a 50/50 split between its two singer-songwriters. Aside from a couple of songs for his early Nineties band Swordfish, Pete Marley had been more a player than a writer, not least in a vehicle for John Encarnacao’s songs, 2000s group Warmer, who released albums with W.Minc and Half a Cow. On Beetle Bones, The Nature Strip flirts with hard rock (John’s “Hildegard ünd Winifred”), funk (Pete’s “Peace and Light”), synth pop (Pete’s “Inside Voice”) and a kind of blues (John’s “Broken Leg”). Pete looks down the lens of domesticity (try “I’m a wreck and you’re the storm” from “Inside Voice”) and long-distance relationship blues (“Miss You More”). John delivers an indelible melody and mood on “Break Through” and does a kind of acoustic punk thing on “I Wanna Do The Right Thing” (both of which fans know from his solo shows). Pete becomes a crusty, crazed disciple of the ocean on “Great Big Wave” and John takes a honey-soaked metaphor to flight on “Save The Hive”.

Beetle Bones is full of little details that reward repeated listening - the xylophone and orchestral cymbals of “Tide Song”, the recorder solo on “Peace and Light”, the brass section on “Eyes Are Blinded”, the radio static doubling as seaside ambience on “Great Big Wave” (not to mention the Casio solo, a TNS trademark), the squelching synthesizer on “Right Thing” and “Broken Leg” . . . Beetle Bones is quite a trip - 14 songs and nearly an hour long - that The Nature Strip hopes you will take with them.