Lobsterman Archives Volume One: The Cubby House Fire of '77 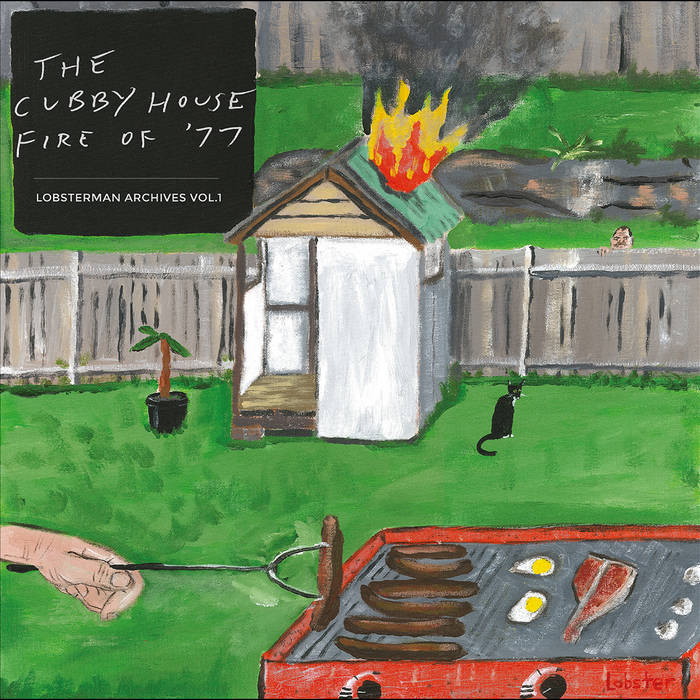 This is the first of a series of selections from the extensive archives of Sydney legend Lobsterman. An extraordinarily prolific recording and visual artist, he has self-released close to 70 albums and EPs since the 1980s and shows no sign of slowing down.

His distinctive artwork captures his sly sense of humour and fascination with both the everyday and the surreal. His perspective is truly unique, and yet it's one that is easily shared.

The Cubby House Fire of '77 features selections from 11 albums covering songs written between 1980 and 1991, and recorded between 1980 and 2013. The second volume of this project is slated for 2015, and features material from the same (writing) period.

Click on 'info' for the individual tracks to see the artwork of the original albums!

2 and 7 from Terrey Hills With Peeping Tim written and recorded 1983. Lobster - bass and vocals, Ag - guitar.

Mastered by Tim Bruniges.
Compilation by John Encarnacao
Original artwork by Lobster.
CD and LP layout by Zoe Skinner, with thanks to Mark Bradridge.