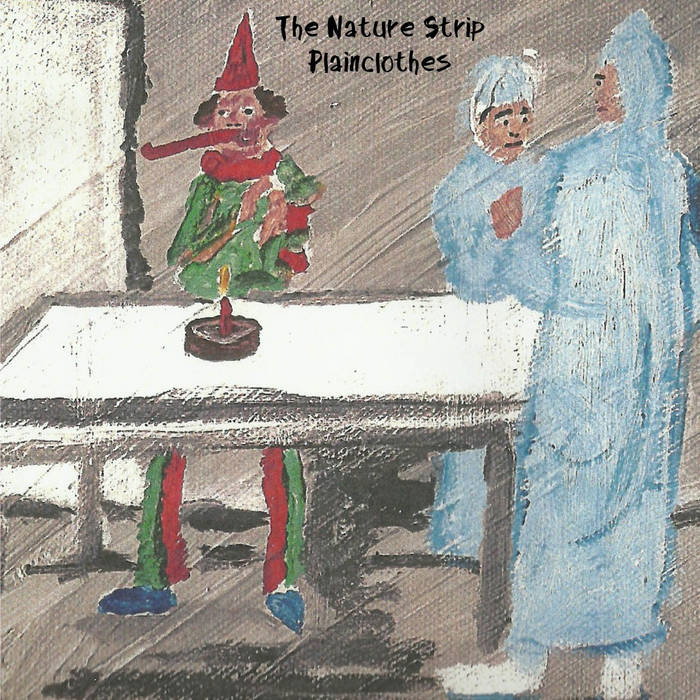 Beloved innercity Sydney power pop and rock troubadors The Nature Strip hone their signature sound as well explore new territory on Plainclothes. The EP ranges from the short sharp melodies of the title track to the cheeky bossanova of Cup of Tea and the euphoric pop of Inside Out & Back To Front. The album concludes with the epic sea-going tale of Where the Sirens Waited and a spaced-out, fuzzed-out version of live staple Take Me Over - the original, power-pop version of which will be featured on their second LP, due mid-2015.

The Nature Strip began as the duo of Peter Marley and John Encarnacao, who did three albums as Warmer for W.Minc and Half a Cow. The Nature Strip gives both musicians the opportunity to expand their palette with a sound that is poppier, harder and faster than their previous work. The Nature Strip shamelessly raids ‘70s and ‘80s power pop and new wave to create songs that are immediate and memorable. The group is rounded out by drummer Jess Ciampa – also a Warmer alumnus, and Matt Langley on keyboards and guitar.

Mixed by Peter Marley except Cup of Tea mixed by Michael Carpenter.
Mastered by Mitchell Hart.