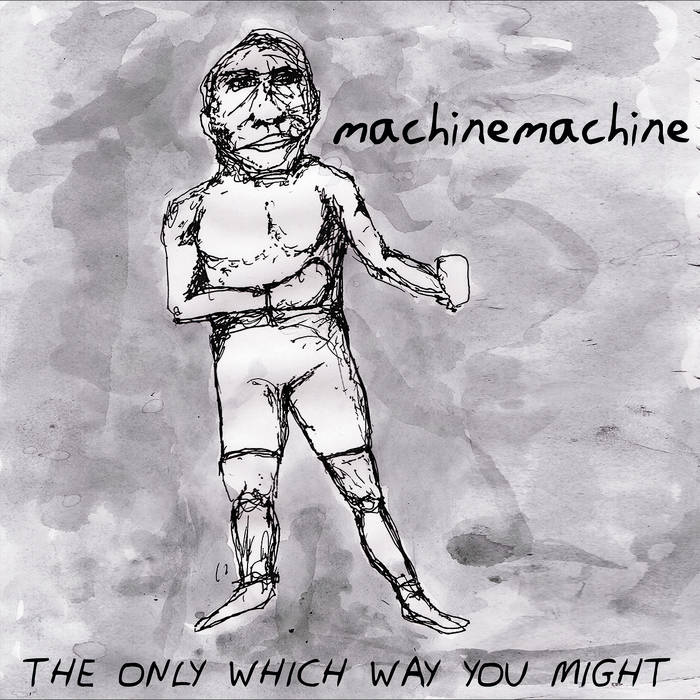 What began as an intended soundtrack to the non-existent sequel to the morally perplexing Every Which Way But Loose/ Any Which Way You Can films, became machinemachine’s third album The Only Which Way You might. If a soundtrack it was, its film may have featured an osteoporotic, drug addicted, post-operative Clint Eastwood, who has sunk to his lowest point. With his trusty ape beside him, they punch their way across America only to discover humanity is indeed morally vacant, and laughter and violence is the only antidote.

This album was for the most part assembled at Boer INC studios by one Tim Kevin of La Huva fame, who also recorded the machinemachine’s 2nd album Mysteries. Singer and respected sniper Joseph Leonard threw the rest together at pre-enlightenment studios. The album features, for the first time in machinemachine history, no less than 2 compositions by sound artist/gardener David Cotsios (The Woods Themselves, The Southern Sons).

The five large band has never been seen together outside of a 5km radius of Sydney’s centre. Live, they are a band that thrills and perplexes audiences with an unfashionable yet infectious mess. Scratch beneath the rough exterior to find some serious soul, whim and imagination.

Whilst many bands find their third album a tricky one, machinemachine spewed out this sleazy record, their third in 5 years, in a relatively short span of time. In that respect, The Only Which Way You Might stands firmly on its feet and is more sure of itself than the title suggests. Yes, humanity is ugly, but it is also hilarious.